Ainara Sistiaga is a spanish geoarchaeologist and organic geochemist with a background in human evolution. She graduated with a MA in Prehistory from the University of La Laguna and a MSc in Organic Chemistry by the Université de Rennes 1. In 2015 she obtained her PhD from Universidad de La Laguna on omnivory and human evolution, where she explored the use of lipid biomarkers to study the diet during the Paleolithic.

Since then, she has been a postdoc in MIT on the Summons Lab investigating lipids using combined mass spectrometric techniques. Ainara first joined the team as a NASA astrobiology postdoc investigating the paleonvironment of early human sites at Olduvai Gorge, but she also participated in Mars analogue experiments for the Mars Science Laboratory. In 2017 her project “Mind the Gut” was awarded a MSCA-GF postdoctoral fellowship with MIT and the University of Copenhagen, where she will spend the third year of the fellowship. She is the co-founder of the Global Microbiome Conservancy, a non-profit collaboration between scientists and communities around the world to collect and preserve the full biodiversity of human gut microbes for future generations.

Her current research interests include the study of the ancestral human microbiome using a multiomics approach, particularly by investigating lipids produced by bacteria in fecal matter. During the past years she has been studying the bacterial metabolism of cholesterol in the gut in human and primates. 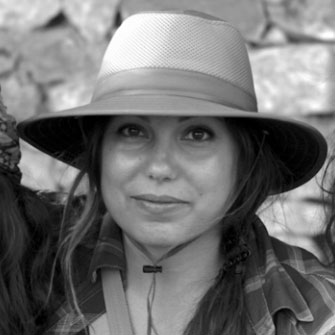